Filmed in the Colombian rainforest with a cast composed principally of indigenous actors, Ciro Guerra’s Embrace of The Serpent (2015) is an incredibly haunting, beautiful and mysterious vision of the Amazon. Interweaving myth and reality through Amazonian style storytelling, this black and white film speaks of indigenous spirituality, disappearing tribal cultures and the consequences of Western colonisation in one of the planet’s last wild frontiers. 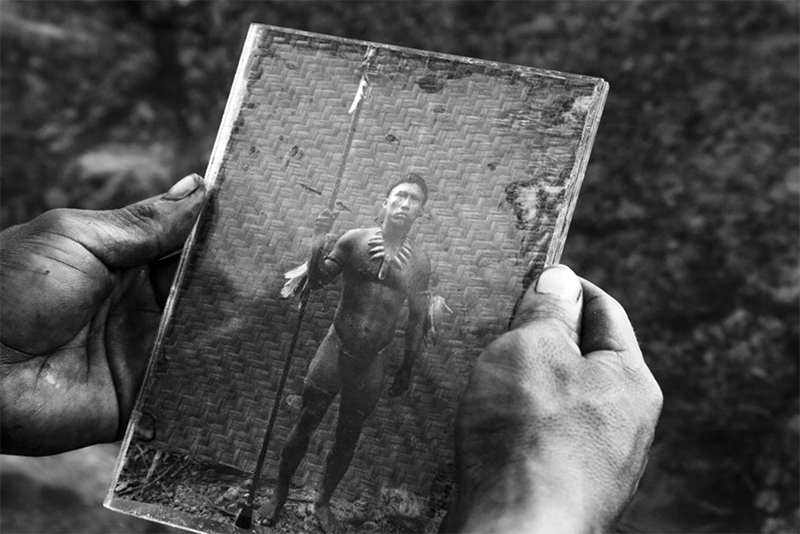 “The Amazon you see in the film doesn’t exist anymore”

Loosely based on the ethnographic accounts of German ethnologist Theodor Koch- Grünberg (in 1909) and American biologist Richard Evans Schultes (in 1940), the film was also “inspired by the images which they took”, explains Guerra. “They took a series of daguerreotype photographic plates, which are the only records we have of some Amazonian peoples. It was an Amazon completely different from the Amazon people have in mind – an Amazon devoid of all the exuberance and exoticism that is usually associated with it. It felt like a different world and different times through those images.”

“During the process of the film, I was becoming more influenced by Amazonian storytelling”

Over four decades after Werner Herzog first set off to the Peruvian Amazon to make his film Aguirre (1972) followed by Fitzcarraldo in 1982, Guerra set out to the Colombian Amazon in search of the characters and locations for Embrace of the Serpent. At first, local communities were reticent to the idea of the film, and understandably so: “They have been lied to, deceived and cheated for so long, and when you come to them with a project like this, they look at you and it’s like they’re scanning you,” says Guerra. But unlike Herzog who was accused of exploiting local indigenous people on set in his famously chaotic production of Fitzcarraldo, Guerra made a point to work collaboratively with the indigenous communities during the filmmaking process. In turn, this experience inspired Guerra to transform his “Westernised script” into something completely different. “During the process of the film, I was becoming more influenced by Amazonian storytelling”, explains Guerra. “In the film, there are two stories that mirror each other – one man that is two men, and two men who are one man. That’s the way it became an Amazonian story”.

In Embrace of The Serpent, Guerra takes us into the Amazon Basin of last century, following the journey of two Western explorers, one at the beginning of the twentieth century and the other 50 years later, and Karamakate, an Amazonian shaman and the last survivor of his tribe. The character of Old Karamakate is notably played by Antonio Bolívar Salvador, an indigenous man whose character’s life story bears a striking resemblance to his own: displaced during his childhood by the rubber exploitation, Antonio is one of the last Ocaina people, whose language is about to disappear as it is spoken by only 16 people.

Central to the film is the search for a mythical, sacred plant called yakruna, which the Western explorer is told will be able to heal him and reawaken his capacity for dreaming. While ‘yakruna’ is not a real plant – “all the plants are fictitious in the film but we are looking for a deeper truth”, says Guerra – it’s not difficult to see the similarities between yakruna and sacred, visionary medicinal plants such as ayahuasca, which are traditionally consumed during ceremonies of shamanic Amazonian cultures to this day and are now growing in popularity worldwide, whether it be through the renaissance of psychedelic science or in its consumption amongst non-indigenous people.

“The knowledge of sacred plants is open to everyone”

The film’s international success so far brings to mind the rise and boom of ayahuasca tourism. Every year, more and more Westerners fly out to Ecuador, Peru or Brazil in search of these enlightening, sacred, medicinal plants. “Ayahuasca tourism is growing, it’s becoming a form of tourism”, says Guerra. “It’s becoming like Walt Disney. Communities that have never used yagé, ayahuasca or these kinds of plants are deciding to use them for commercial reasons. But I think the knowledge of sacred plants is open to everyone. Indigenous people are really clear about it, it’s open for everyone and that is why they decided to share it. The main thing that worries them, from what I’ve discussed with them, is that it becomes a business”, says Guerra. 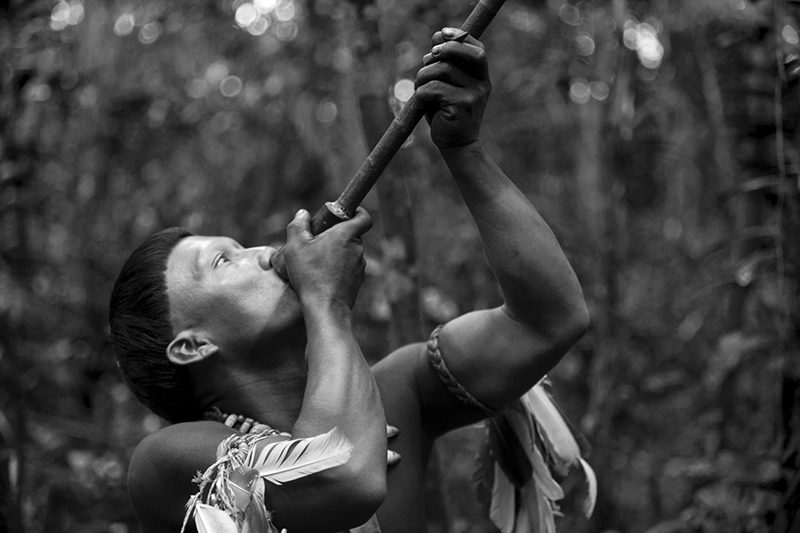 “Indigenous peoples believe that the world is created when it is told. So your life is the creation of the energy that you have communicated”

Guerra notes that one of his greatest lessons from the film is on the power of words. “For them, storytelling is essential, it’s hugely important. It’s almost more important than anything”, says Guerra. “Indigenous peoples believe that the world is created when it is told. So your life is the creation of the energy that you have communicated. And that is why they don’t write, that is why they are an oral tradition people. They believe that their culture and their tradition needs to be alive and once you write something, it’s death, it becomes dogma and dangerous. But if the world is alive, knowledge is always created when it is told, and it is always created in the mind of the person who hears. So by speaking, you are creating a world. After this experience, I believe that completely: our world is a creation of the tales that have been told.”

Fast forward to the present, and the Amazon of the 21st century is very different from the one depicted in Embrace of the Serpent. “People have cell phones, soccer t-shirts; there are young indigenous people who like heavy metal music. It’s a completely different world”, says Guerra. “We were sort of asking them to bring back the stories of their ancestors”. 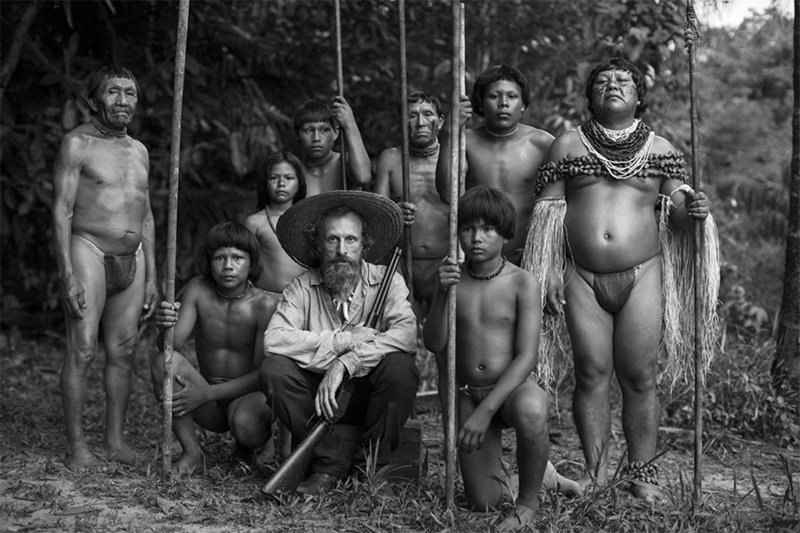 Beyond the film’s international success and awards, the film has most importantly been well received in its native Amazon. Guerra organised a screening of the film at an indigenous community’s giant maloca (traditional house), which was attended by a thousand people, some of whom had walked for two days through the jungle to attend. The end of the film was met with requests to “Play it again!” from the crowd, says Guerra happily. “They thought the film was respectful and they thanked us for speaking about what happened with the missionaries, because that is a completely taboo subject”, says Guerra.

By far one of the most original, poetic and powerful films to have come out in recent years – a new Third Eye favourite.

Find a screening near you: www.embraceoftheserpent.oscilloscope.net

Excerpts from Ciro Guerra’s talk at the ICA, London, June 2016 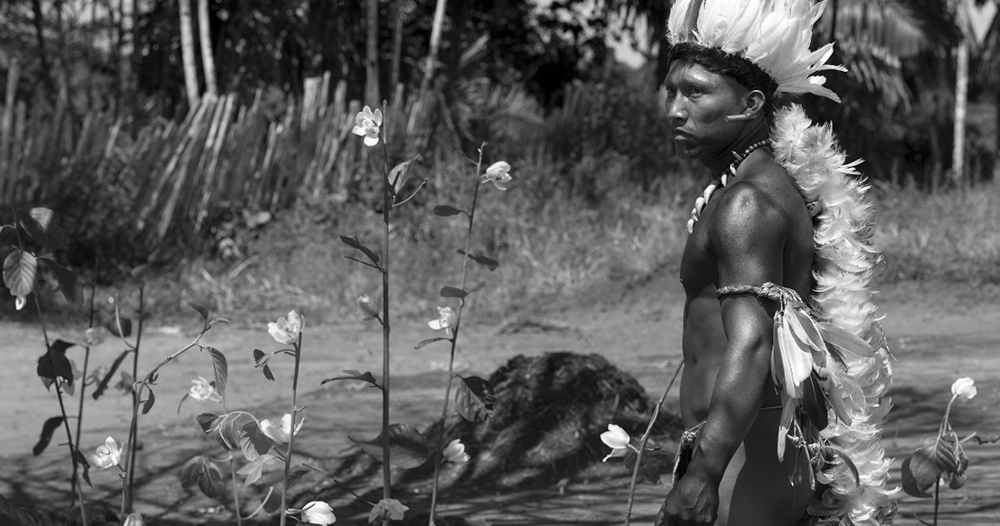 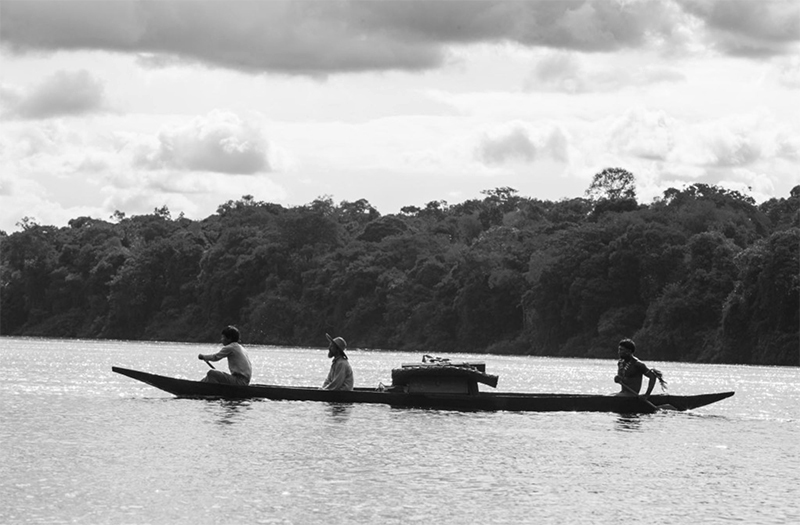 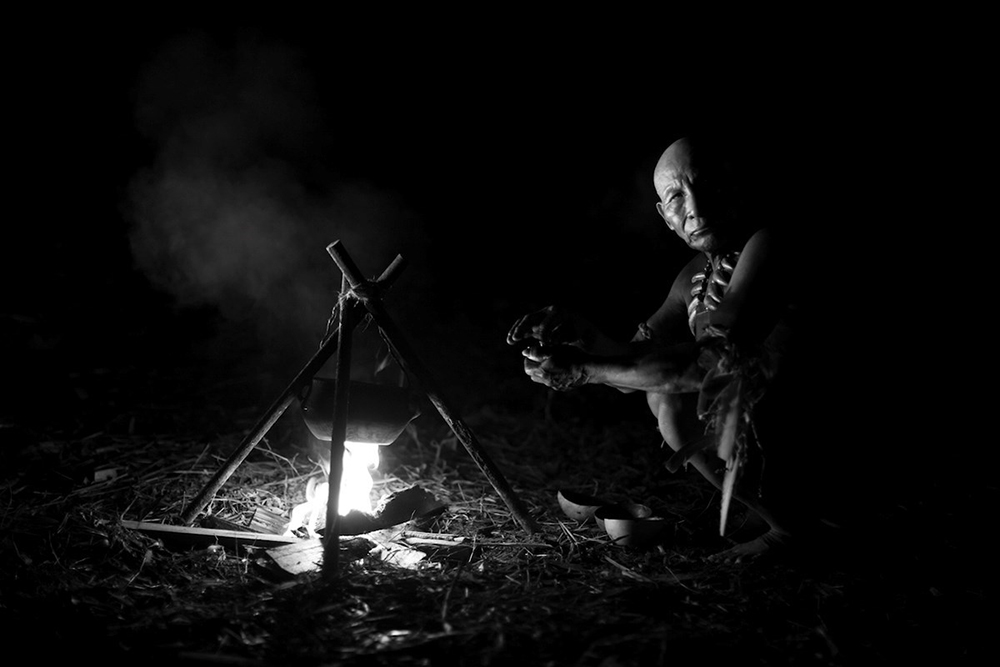