One evening, a young man excitedly went around with a notebook and list he had compiled of all the Goddesses through the ages, inviting everyone to assign themselves a Goddess and create a shrine around that Goddess.

The Third Eye was particularly happy to hear the Radical Faeries making a special announcement to the Gathering following two ceremonies that had been taking place next to each other. Often, male and female ceremonies happen at the Rainbow and it was invigorating to hear the Faeries’ message to transcend gender roles and identity boundaries.

We Are The Faeries And We Reveal Ourselves Through The Family.

To Fuse With Fire, Earth, And Air.

We Bring The Water To Cleanse, Wash Away,

And Heal Ourselves Of Sexism, Racism, Homophobia, Transphobia,

And Prejudices Of All Kinds…

We Are The Faeries,

We Are The Water-Bringers Helping To Usher In This New Age.

The Water Is Blessed, To Cleanse Us Of The Lens Of Duality.

To Help Wash Away Limits Of Right And Wrong, Of Good And Evil!

Of Male And Female!

Of Black And White!

So We Can Flow Into The Full Spectrum Of The Rainbow, Where There Are Endless Possibilities.

We Are The Faeries And We Love You, Thank You So Much!

What did happen on December 21 2012 was bizarrely epic. Following months of anticipation around this date, we finally arrived in Palenque wondering if it might turn out anti-climactic. As the ceremonies went on around the main circle area in the Rainbow Gathering on the night of the 20th, with rhythms of djembe and didgeridoo around the fire, dancing and howling at the moon piercing through the sky, suddenly – at midnight, a torrential rain began. I imagined the gods flooding the Earth.

It went on into the early hours of the morning, and when we finally escaped our tent which by now had evolved into a pool, we rediscovered our jungle surroundings through the dimension of water. Just as well, I suppose, that 2013 marks the year of the Water Serpent – the symbol of transformation. Poetic Mutation! It was as though everything had been reborn, with tents washed away, and the stream around the Gathering now taking on the powerful character of a torrent.

All forms of ceremony happened throughout the Gathering. Earth Pipe ceremonies took place on Coffee Mountain, where an American Rainbow veteran called Bill skilfully focalises coffee. Near the fire of Coffee Mountain, on a small patch of jungle land, Bill had carefully constructed a shrine with beads, stones and other offerings around the Earth Pipe. Its use took place in an Earth Pipe ritual involving the Earth Pipe song, conceived by Bill. Everyone is invited! 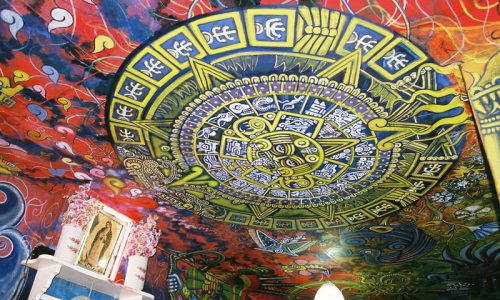 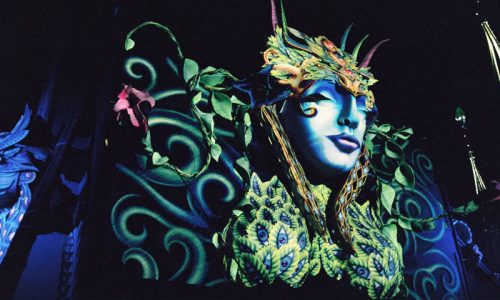 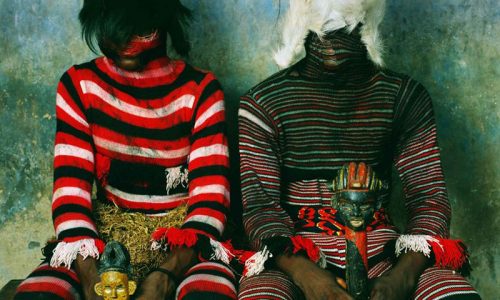 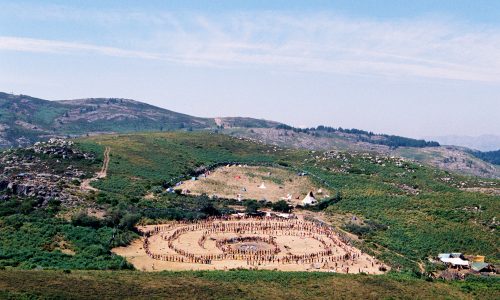 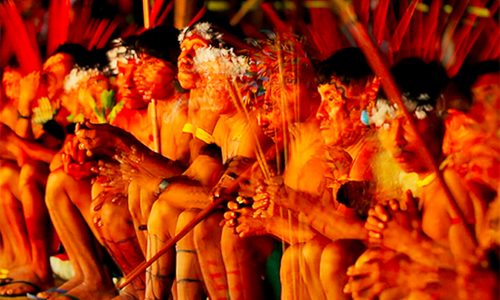